Rejection & Overanalyzing What People Think of You 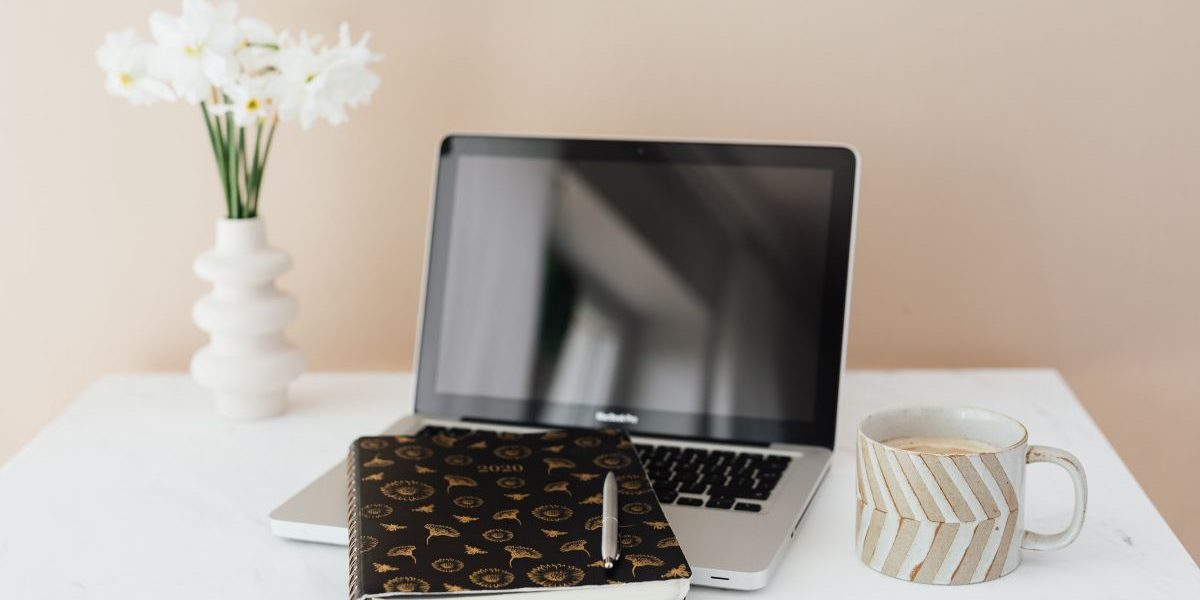 Overcoming the Feel of Rejection in Your Business

In this episode, I discuss rejection and overanalyzing.

By listening to this episode you will learn how to stop overanalyzing and how to overcome the disappointment of rejection, and still be successful.

How to Stop Worrying About What Others Think

Today we’re going to talk about rejection and how to stop worrying so much about what people think about what you’re posting in your business. How much you’re posting. Anything that you’ve been fearing, and that has been causing you to put off what things that you know, you need to do things that you know, would benefit your business. Things that you know, would serve others and help some people. We’re going to talk about this topic today. So if you don’t already know, I’m a marketing and sales strategist and coach for online coaches and consultants who want to grow their business and book more clients.

And part of the journey when it comes to growing a full time profitable coaching business is embodying and becoming a real entrepreneur and somebody who, you know, has to work through some limiting beliefs to get to where they want to go and rejection and fearing what people think are saying something is not you like, I’m shy, and I’m just not outgoing. I am this way. And stating it like its effect is actually something that is a sign of the work you need to do on yourself to get to where you want to go in your business.

How to Be Competent in What You Do

So what I’m going to be sharing with you today is some tips to help you start to become the kind of person who is competent in what you do. Who isn’t worried and paralyzed at, you know, what somebody’s gonna think about this post? Is this good enough? Or am I good enough? Or am I worthy, and all these things, and especially this is for you, if you choke up. Anytime you have sales calls, like you think, you know, I am not worth my pricing, or whatever it is. So the first thing is, when it comes to rejection. A lot of times, I want you to know that what you’re doing yourself by not doing the thing you know you need to do is actually just rejecting yourself first. So you don’t have to deal with the rejection from others.

So if you’ve been putting off, posting content, going live doing things like that, because you think other people are going to reject you, you’ve just decided you know what, the safer thing to do is for me to not do it. And then I’m just kind of rejecting myself and my own dreams and my business goals. And that’s okay. But what’s not okay is other people rejecting me. Other people thinking I’m weird. And blah, blah, blah, and you have to ask yourself, what’s more important to you? Is it the couple of people who might find your content really helpful and useful and have been looking for that kind of thing?

Or is it kind of being selfish and saying, I don’t want to deal with rejection. I don’t want to deal with some people not liking it. So I’m just not going to do it at all. And therefore, I’m not going to contribute anything. Therefore I’m going to stay safe. And to me, it was something I really had to work through. Because I did feel nervous. Sometimes in the beginning of my business, I would go live, and my voice would quiver. Or I’d post something on Instagram and be like, Am I posting too much is this too much. And I had to really work through that.

And the way that I did that was realizing that it’s kind of my duty to not be selfish. Not hide. Not, you know, have nothing to contribute. Because if I don’t, if I contribute, I can learn from that. I can learn from rejection. I can, on the other side, grow as an entrepreneur and help others. But there’s no upside to just hiding and not doing anything. Right. And that’s for sure. No action is worse than taking action and getting some people to reject it. But some people find it really helpful. The other thing to think about is if somebody rejects you, it’s not about you.

They don’t need the solution you’re providing. Or they don’t see it as valuable enough to pay for whatever it is. So if you’ve declined to accept rejection, it doesn’t belong to us. So in other words, maturity, you you know, if somebody criticism that’s not constructive, because, obviously take it in, but if somebody gave you a criticism that is not, it’s really not about you, it’s about something that they are upset about in their own life and taking it out on you. If that happens, the only way it can cause you harm is if you decide to take it on, and to accept it.

It’s like they’re giving you a gift and you’re saying, okay, I take it if you don’t, you just realize that it belongs to the person who’s saying it. And you understand that. You don’t have to take it on and you don’t have to accept it. You don’t have to make it mean anything about you or your character or whatever. That’s the way to be a champion when it comes to rejection. And the other thing to think about is get curious so if you you are getting constructive feedback at work stress about that and see your business as an entity that prove based on feedback you’re getting it’s not about your career was Again, it’s about your business, which is a separate thing from you.

So the last thing about action is you have to sell for a new set of rules and actual criteria for what allows you to feel rejected. As this is just the feeling is harmless. But so many of us think that being rejected and being that feeling is something we need to avoid at all costs, it’s 100%. Bad, and we turn it into this huge thing. But if you give yourself a criteria. Like, for example, if somebody says something that I know is actually true. And I want to work on it, I’m not saying staying true to my word, maybe that’s a time you do want to feel rejected. Maybe that’s a criteria you have for yourself.

But if it’s something like, if a stranger tells me something that is a not useful be, I’m coming from a malicious place, etc, I’m not going to do over that. Right. So the other thing that I like to think about is you can’t control what other people are going to do or think or feel, unfortunately. And when you’re just embrace that, and understand that your actions might cause other people to feel a certain way. You just have to own that and understand that and obviously do your best to do what is in integrity for you, and what is serving your clients. That kind of thing. But you can’t control how somebody else has a certain pair of glasses on a certain topic and sees what you’re doing.

So give yourself a set of rules for what’s happened for you to feel rejected. And make it kind of hard to feel rejected. Be a little bit un-defendable. Be a little bit more curious about rejection more. Take asking questions about it and learn from it. Don’t be taking it as I’m a terrible person, I’m failing all these things. The last thing is, if that’s only if it’s constructive feedback, just any kind of feedback is useless. Just discard it.

And it’s costing you from finding the clients who do jive with you. And it’s costing you from ever growing and evolving and getting better at feeling your feelings as a human. It’s costing you, you know, whatever it is contributing and creating and being creative. Because you’re stuck in rejection mode or feeling like everything’s a problem. Those are the kind of things are really causing you to miss out on the grand scheme of life. And, and really discomfort and uncomfortable feelings, the more you’re willing to feel them.

Or you’re reacting. You’re going to be rejected from other people who don’t need what you have to offer or aren’t aware of that they have, that they want what you have to offer whatever it is. So either way, it’s going to be in your experience, you just get to pick which kind of rejection do you prefer? So I would love to hear your thoughts about this and how you stay on top of your, the entrepreneurial roller coaster, in your experience. But these are my tips to help you understand that you don’t have to accept the rejection. You can be curious about constructive feedback, and you can see it going towards your business not you as a human being

Shortcuts in Your Coaching Business
January 27, 2023

Energy Alignment in Your Coaching Business With Kay Richae
January 20, 2023

Website Creation: When do You Need One?
January 13, 2023
Categories
Recent Posts 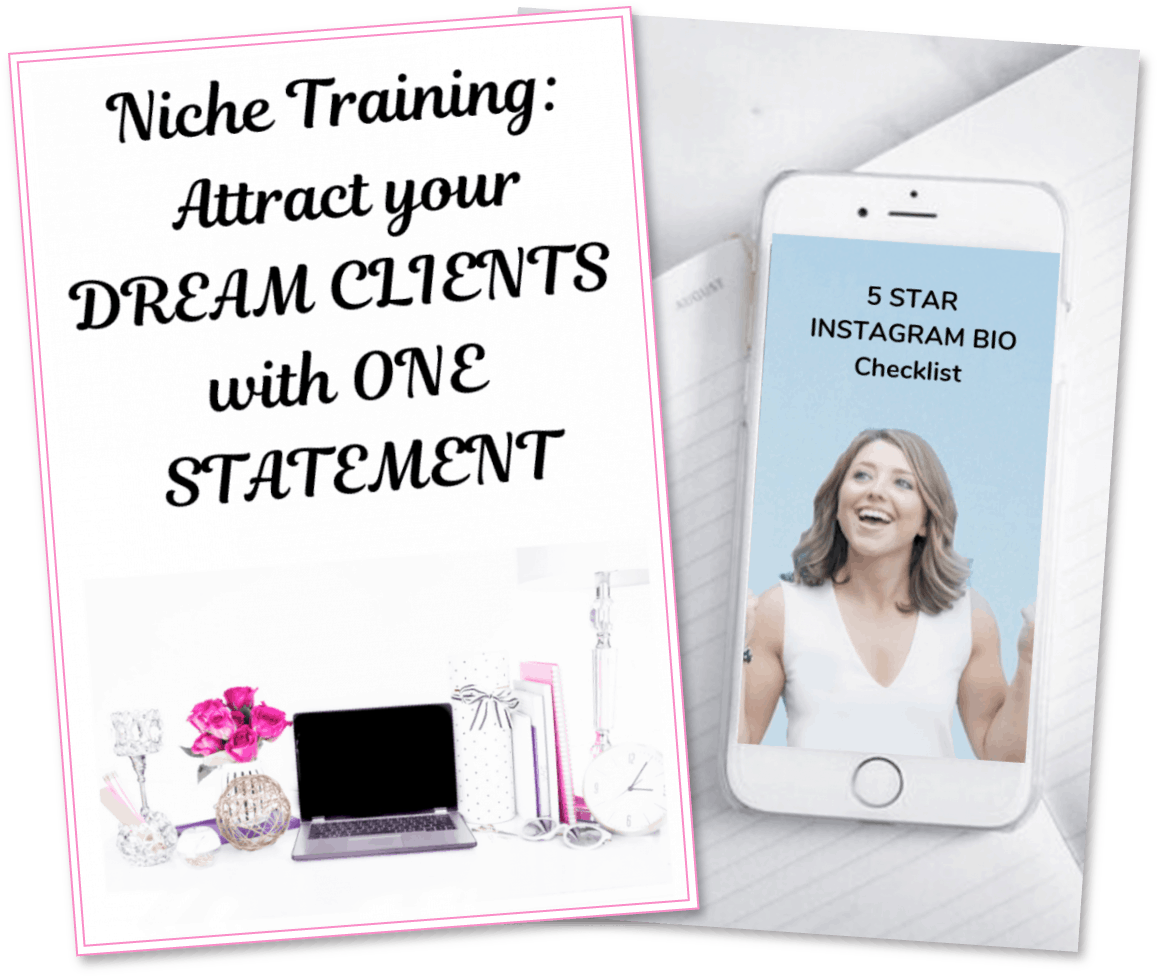 Get ready to rock your niche, elevator pitch, and Instagram bio!